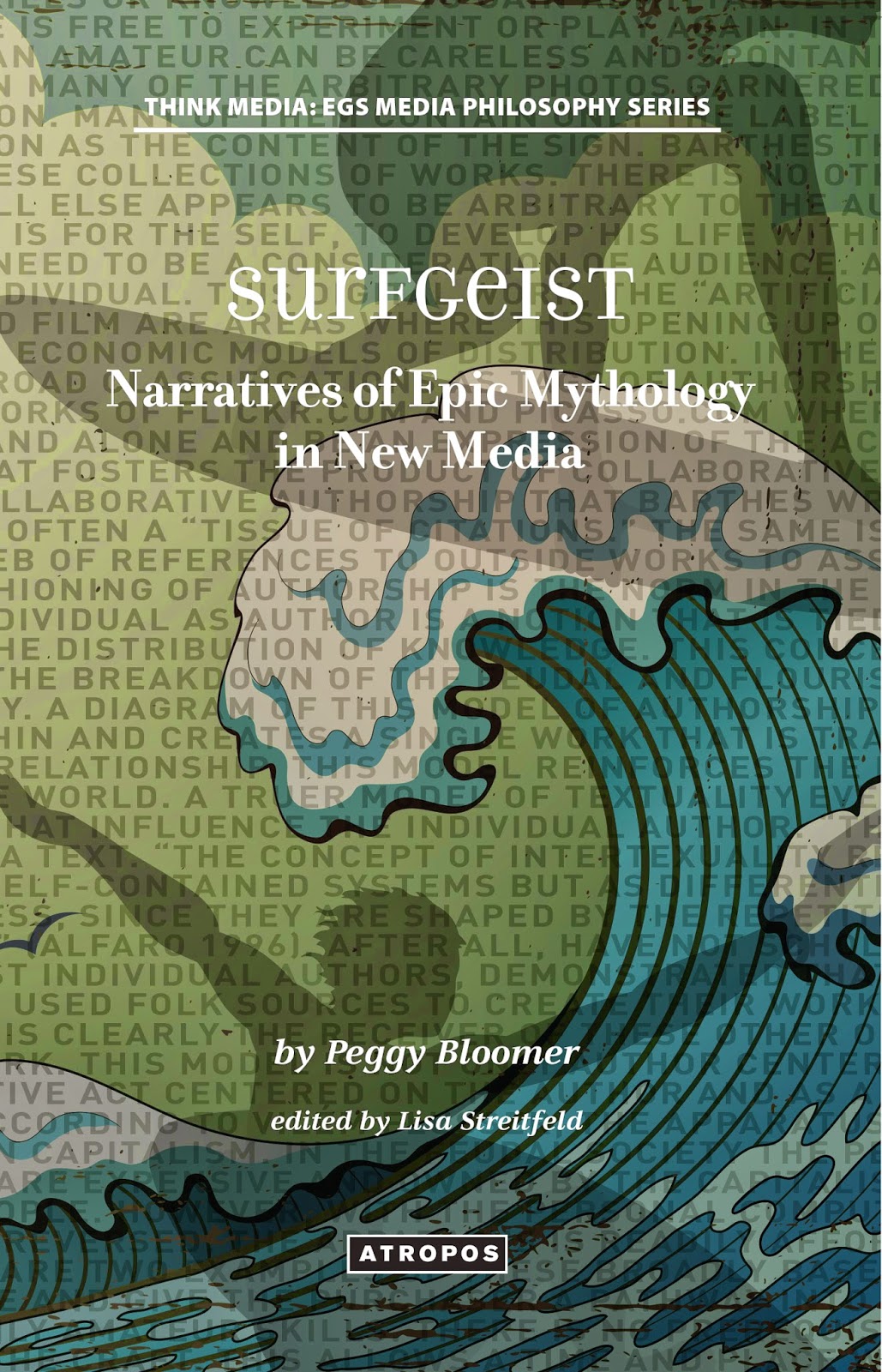 Surfgeist: Narratives of Epic Mythology in New Media is the indispensible text for the 21st century, combining groundbreaking scholarship with pioneering analysis of the new media revolution and the effects of digital technology on contemporary mythmaking.  In publishing this theory, the author has completed her own quest: entering the underworld to surface with the definitive text of the hero(ine) delivering  Joseph Campbell’s groundbreaking archeology of myth into continental philosophy.

Posted by peggybloomer at 6:52 AM No comments: